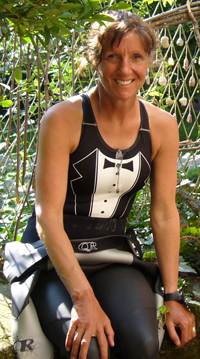 Mimi Pettersen Hughes, a 57-year-old wife and mother of four, is a resident of Taft, Tennessee. She was born in California and spent her first 18 years in San Bernardino County. Her interest in preserving the environment began at a young age and was sparked by a 1960’s commercial which featured a Native American who wept at the sight of America’s littered roadways. Growing up in the Cold War era made her socially aware of the need for peace and understanding between citizens of all nations.

After serving three years in the U.S. Army as a Behavioral Science Specialist, she moved to Alabama to attend college. She met her husband, Forrest Hughes, during her student days at Athens University. After their marriage, the couple moved to Lincoln County, Tennessee, where they have resided for 25 years.

Mimi holds a masters degree in Reading, P-12th grade, and is currently a Reading and Learning Strategist in the Tennessee Valley. Though she enjoys teaching Test Preparation and Power Reading, her specialty and fervor is in teaching reading to people with language weaknesses.

Coming from a background of cigarettes, sodas and fast food, Mimi began to take responsibility for her health while pregnant with her first child. She quit smoking, improved her diet, and after the birth of her fourth child, began running and swimming to model healthy behavior for her children. These lifestyle changes transformed Mimi into a successful triathlete whose résumé includes running into (and out of) the Grand Canyon and a successful “escape” from Alcatraz.

In 1996, Mimi carried the Olympic Torch. This experience inspired her to use the Olympic model to respect diversity and motivate change through athletic endeavors. In July of 1997, she swam across the Bering Strait from Alaska to Russia to inspire peace and understanding between nations. In July of 2003 she completed a 652-mile swim of the Tennessee River to raise awareness of the need for environmental responsibility, and in the summer of 2006, she swam the entire length of the Danube River.

In response to the tremendous international success of the Danube River swim and in David’s memorial, she swam the Drava River to support the preservation and protection of this natural river and its resources.